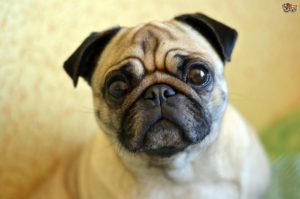 She had a home, she had a partner. He drank. He hit. He hurt her. She left, taking whatever she could fit into her car. Which meant she didn’t take much, because the entire back seat was dedicated to her pug. His bed, his blankets, his toy basket. His food was kept in the front seat because while she loved him, she knew he could not be trusted to guard his own food. I’m sure he felt differently, but you know those pugs. They look at you with those eyes and poof, you’re under their spell.

Things were bad, but she said they could be worse. And that’s one of the most common things we hear from those we help. Things could always be worse. I’m talking about the man with one shoe who was thankful he had one shoe because he still had one shoe. The homeless woman whose bra straps were held together with duct tape but she still had a bra. The elderly man whose eyeglasses were now two monocles’s because they had been broken too many times to tape back together. You get the idea.

A reminder that we don’t need to wear rose-colored glasses to be thankful. We just need to be thankful. And it is absolutely one of the strongest messages we hear from those we help. I’m not saying I’m always good at it, because it’s easy to forget how blessed we are. But the reminders are always there when we’re ready to see them.

She found me at the grocery store by the bottle return. I was there to help a homeless man who chauffeurs his older dog around town in a bike trailer; the dog has no idea that every dog does not get such care. That’s where she saw me, the Pongo logo on my shirt was the giveaway. We’d helped her many times, including right after she’d left the man who beat her. She relied on The Pongo Fund for dog food, frequently getting it from the food pantries that we give food to. Since we began, that’s always been our plan, to reach more people by meeting them where they are. Since many people turn to food pantries for their own food, we always make sure they have pet food too.

I’d not seen her for years, but I remembered her. And now she was pushing a cart with groceries. Not a lot of them, but still, she was shopping at a grocery store. What did that mean?

She waited until I was done helping the dog in the trailer, and she walked back to say hello. I remembered meeting her, we got her into a motel for a couple nights so she could gather her thoughts because things were a mess. I remembered she was in a panic, worried about her dog more than anything. Anyway, that was years earlier. And now she’s shopping for groceries.

She decided that every day she would do her best to do one thing better than the day before. They were still in their car, but she kept it clean. And she took whatever work she could and she saved and began to rebuild. And then one day, with some help, they got their place. And she thanked me for how The Pongo Fund was always there for them when they needed us, with dog food and people food and more for both of them.

Because she said there were days that felt too heavy, and she wasn’t sure she could continue to carry that weight. But she did, because he needed her and she needed him. And that kept her going.

And in that moment there could not have been a louder message, a more clear reminder as to why we do what we do. Because The Pongo Fund gives a chance to animals that might not otherwise have a chance and gives hope to families who have little else to be hopeful for. Because sometimes a simple bowl of kibble is the force that both keeps a family together and saves the lives of the animals they love.

She walked back to her car and a minute later she was back again, she handed me a fistful of cash. I don’t know how much was there because the amount didn’t matter. What mattered is what it meant. And it meant they would be paying it forward for the next time. Like ships passing in the night, I don’t know if we’ll see them again. But we were there for them when they needed us most, and that’s what matters.

Sit. Stay. Eat. Live. thepongofund.org
(For safety and privacy, photo is stock image and not dog mentioned above)