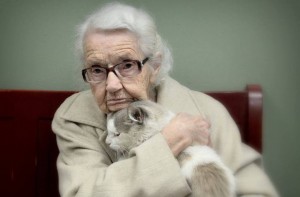 This one’s going to feel like a punch in the gut. Beatrice. That’s not her real name. I listened to her message twice because I thought I missed something the first time. But I hadn’t missed anything. It’s just that some things I needed to hear weren’t there.

But what really got my attention was her voice. I wanted to hug this woman through the phone. There was something special there. Her cadence. Her tone. I had a hunch.

My gut told me she didn’t leave things out of her message. She just didn’t know to include them. Because she had never made that call before. But I had her number. Even though she had forgotten to leave it in the message, it tracked on my phone.

When I called back it all made sense. And I thought about it the rest of the night.

She said in her message yesterday that she needed food. A dog and two cats. But no food. She was referred by another social service agency that helps people and that group knows The Pongo Fund.

I called her back for more information. And there it was again. That voice. It was solid. It was calm. It was comforting.

This woman who needed our help was comforting me without any idea she was doing that. It was just who she was. And that pulled me in even deeper. And I knew that whatever it took, we were going to get it done.

She has a dog and two cats. Some young, some old. And they all needed food. When did they run out? The day before.

What happened? Was there an unexpected emergency? Yes.

Adult family members moved back in and they do not work. Her social security only goes so far. And right now they were broke.

She said it so calmly. In the sweetest, most casual way. Then it got worse. I asked if she had anything for dinner tonight, knowing our Emergency Kibble Response Team could not reach them right away being 75 miles away.

She said no. They did not even have a slice of bread left. Not even the heel. And I choked.

Tell me more about your dog. “He’s little, a Papillion. I love him so much.” Tell me about your cats. “They are just great.”

“We don’t need much,” she said “Anything you can do to help would be appreciated. “

And then she said something that did it again, flooring me with her words in that soft, kind voice.

“Just the fact that you called back so quickly is so kind of you. Even if that is all you can do, thank you.”

The whole time I was just jumping out of my skin, I knew there was more to the story. So I asked. And my jaw dropped. I didn’t even know it had, but it did. I literally found my mouth hanging open. I crumbled.

But there was one more thing that I needed to know. And I knew it was wrong to ask but I was going all in at that point and without hesitation I went for it. I asked how old she was. She said she was 90. She could hear me gasp.

She then said “almost 91. My birthday is soon.”

And here is this woman who was giving me so much just by her voice, a woman who has lived through wars and depressions and catastrophes and epidemics, now on the phone with me because for the first time she cannot feed her pets or herself or her family.

Everything stopped right then. I told her I’d call her back. I got on the phone to the Petco in Albany, Oregon, spoke with the manager. I said this is Larry from The Pongo Fund and I need your help. I told him the story and his jaw dropped too. I asked if he could help, he said absolutely. And that bought us some time.

I called her back and told her the news. She would go to Petco right away, the same time she stopped to pick up her food box, the first food box she had ever received in her life. And she said thank you in that special voice of hers that made me sad when the call ended.

And I hung up and just sat there, unable to do anything for a few moments.

I just called her back this morning to find out how things were. She said they were great. GREAT!

There’s a lesson there. They aren’t great, but she said they were. Because she has known times so much worse.

They have little. But at least she has pet food. And she just raved about how kind they were at the Albany Petco. And then I did it again. I asked the questions that maybe should not have been asked.

And she answered in that voice of hers, sprinkling in her laughter and sarcasm along the way. Because this woman, whose real name I shall not share because Albany is a small town, is still running at 100% and she is a trip to talk with.

She told me she has several adult children and they help as they can. But none of them are happy that she let one of their siblings move back into her home. They told her she should have been tougher.

But as she said to me, “What was I supposed to do? Let them become homeless. No, that’s not right. They are my daughter and my grandson.”

So on one small social security check each month, a check that continues to shrink, she said they get by best they can.

I asked, what then? What do you do when the money is gone and there are still days left in the month?

She said “We scrimp.” “What we can afford to buy, we buy, and what we can’t afford, we go without. Sometimes that’s food.”

What she doesn’t know is that now, she’s one of us. She is Pongo too. And I’ll be working on the plan to get her what she needs so she does not need to make these calls again.

Even if it’s just me and Scooby driving to Albany ourselves, we’re going to be there for her.

Because at 90 years old, almost 91, she deserves better. Lot’s better.

And we’re going to make it so.

If you’d like to donate to help this beautiful and kind and sweet 90-year-old woman we call Beatrice, please click here:https://www.thepongofund.org/contact/donation-page/

Sit. Stay. Eat. Live. We’re All In This Together. thepongofund.org

(To protect her dignity, the woman in the story is not really named Beatrice. But I love that name so have used it for this special woman. The photo is also not her. The photo is photo credit to Barbara Bates –Montgomery County Animal Shelter)